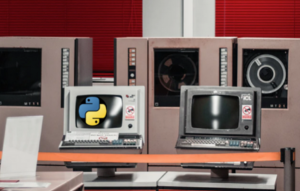 Manipulating files and programs using Unix shell file programs can often be a bit of a pain, even for seasoned programmers. This can be due to how infrequently you use them, or because you are often moving between OS/X, Windows and Linux, and their subtle differences can often trip you up.

I used to be fairly proficient at them, but nowadays find I use them so rarely that I often have to revise what I used to know, even to achieve the most basic tasks. For many coders, the Unix shell programming language has become like an obscure language you only brush up on when you need to speak to a distant relative at Christmas time.

Fortunately, if you know and love Python, most of what you need to do with Unix shell for-loops and file permissions can easily be done with iPython, without having to spend an entire day every twelve months re-learning what you first learnt to do in Unix shell files ten years ago.

Many Python users don’t realise iPython gives them access to three wonderful things in one place: all the shell commands you know and love, plus the full suite of Python functions,  and access to the weird world of hybrid commands that allow you to mix both on the same line. The result is a powerful set of sys admin tools which you can use to perform some quite complex file, directory and process admin tasks.

This post is essentially a quick tour of ten common system administration jobs you can perform with iPython to manage the files, folders and processes on your system. There is so much more you can do, but this is just a taster for what you can achieve with iPython when you need to put aside your normal Python coding and roll up your sleeves to sort out your system. Without revising too much of the shell programming language syntax before you begin.

If you use a sophisticated IDE such as Spyder or PyCharm, you will already have iPython as part of your IDE’s interface. If you’re running Mac or Linux and you already have Python installed, just use pip, or what ever package installation software you normally use:

As you might expect, on Windows it’s a bit more painful, but a good way to install it is also to use pip. If you don’t have it, you’ll first need to launch a terminal window (cmd.exe) as the administrator, then install pip using easy_install, then install iPython using pip:

Who said Windows was difficult? Your persistence will be rewarded though, as iPython on Windows actually looks pretty cool.

However you install it, once you’ve got it working you always run it the same way. Here’s how it looks when you launch it (the version numbers will vary):

To view your command history with its numerical references, you just type:

Or to see the previous session’s entire history, use:

Another difference is the set of so-called magic commands, which are quite powerful and worth taking the time to learn. The magic commands are invoked using the % prefix. The command numbers work the same way as for the history command, and can also access the commands from previous sessions. For example, to recall a previous sequence of useful commands, you just use the recall command %recall (or %rep for repeat- they do the same thing):

which presents the requested commands, allowing you to edit and rerun them if you wish.

If you are quite pleased with some commands you put together in your third last session, you can recall them too:

You also may want to edit a block of commands without running them, and then save them to a file. It’s all included in the edit command, which drops you and the commands into an active Vim editor session (or Notepad, if you’re using Windows) where you can edit the commands and save them to a .py file:

But if you’re quite happy with a sequence of commands, you can save them to a Python file for later incorporation into a program:

OK, intro over. If you think you need a longer introduction to iPython, it’s well worth checking out the online documentation.

A. Turning a folder listing into a Python list:   I’ll start with some simple but powerful commands that give you access to the current folder contents as a Python list. First, to turn the contents of a folder into a list, use this:

The hybrid !ls command is superior to os.listdir() because it ignores the hidden .files, giving the list of only the normally visible filenames as a Python list. This format opens up an enormous number of possibilities for you – you can then use the members of the list any way you like, filtering them through any Python function, even using your own lambdas:

The single Python grep line is a succinct way of saving on a Python for-loop.

B. Turning a Folder Listing into a CSV text string: This is useful if you are moving back and forward between folder lists and strings. Again, a couple of ways to do this. Here’s a good one:

2. Extracting a Filename From a Path

This is fairly easy with standard Python, and doesn’t need any of iPython’s tricks:

3. Renaming Files in a Batch

This can be very useful indeed. It is slightly different on different shells, but in iPython, it’s always the same:

Note how the !ls command could not be used in the for loop, and we had to set it up first.

4. Deleting Files That Match a Pattern

This is almost identical, but must be used with caution:

Note how you can delete the file while using its name as the loop variable.

5. Finding and Executing Your Programs

There are a few ways to do this. Here is a simple iPython string version, which in a folder of Python programs will run every Python script it finds:

This can be adapted to work on any kind of program.

The key to understanding the power of using iPython for system administration is that you can read any system variable and do anything with it, using any of the Python string, file, print, IO, web or database libraries and their methods.

Once you realise that you can feed the output of any shell command into iPython, anything is possible. Using a shell command to find all processes relating to a particular user, we would normally feed ps into a pipe (noting that that syntax may vary between platforms):

But with iPython, you can grab the output and parse it to your heart’s content:

To find all processes relating to, for example, Bluetooth, we would simply say:

There might also be a situation were you need to monitor system information over time. This short iPython loop achieves this by using Python index variables to create incremental system snapshots. Again, this can be adapted to do almost anything. As with ‘ls’ above, note how a hybrid command takes the output of a shell command and modifies it with a Python variable to create incremental filenames. With shell command, this is one of those tasks that often needs slightly different syntax on different platforms.

In iPython, the command is the same for Mac, Linux or Windows:

Think of the mixed Python/Shell ‘ps aux’ line as essentially a shell line, allowing you to insert Python variables into the {} field, just as you would with the Python string.format() function.

Note that no exclamation point was used before the ls command [3] here. This is because iPython recognises the simple form of most common shell commands, such as ls, pwd, cd & cat – but only when typed on their own line. In a multi-line code block, iPython needs the !prefix before the shell command.

To create a whole host of 0-byte files with specific filenames for testing, you can combine iPython with the Unix touch command:

Suppose the above list of files is real, but that there are a million of them. And suppose that we need to test a file manipulation program on this number of files, but not on the original files. Rather than copying gigabytes of data to another location just to text our program on, we can quickly duplicate any number of file names  as empty files to another folder.

There are a couple of ways to do this. Here’s one:

All of which are 0 byte files. We have therefore duplicated a large file structure using (almost) no disk space.

Note: be careful with spaces in your filenames if you’re handing Python strings to the shell. If your filenames have some whitespace, use this on the touch line:

9. Executing an External Command with Arguments

The goal this time is to execute a shell-level command with command line arguments from within iPython.  In general the format is as follows:

One application of this could be to change file permissions of the Python programs in the current folder:

This command can also be useful if you are administering a SQLite database and need to execute a command from Python that is only available as a shell command, or as a ‘dot-command’ from the sqlite interactive command line tool. For example, if you want to dump a SQL table to a CSV text file, you can use it in this way:

which (as far as I know) is something you cannot yet do with the SQLite3 API in Python.

A variation on this is if you want to collect the output of a shell-level command. To do this, you use subprocess.check_output(). In general the format is almost the same as for subprocess.call():

Note, however, that in Python 3 the output will be a byte string, accessible using:

This can be useful if you are writing an app that needs to launch a browser with a page already loaded, perhaps to display some information for users. From inside a terminal running iPython, you call the Python function webbrowser():

This will launch Firefox, or any browser you have installed on your system, open at the site you choose, with the URL route you need already set. If you’re a developer, this can save you a lot of time and typing if you’re testing, say,  a particular URL route for a Flask web framework with a different port each time:

This has only been a taster for what is possible using iPython for system administration, but hopefully even seasoned Python users will find something useful here. Some of the commands may seem more complex than the shell commands, but iPython has a few advantages over shell commands:

Feel free to bookmark this page for reference if you think this list is useful. If your appetite has been whetted for more, please check out the references below.

For a more comprehensive introduction to this area, see Jason Brittain and Ian F. Darwin’s Python for Unix and Linux System Administration (O’Reilly, 2008).