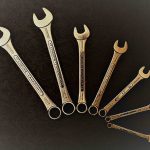 Alas, dear Windows, it was not to be. I’m afraid I’ve been seeing other platforms. Specifically, I’ve been spending time with OS/X behind your back.  It was just too painful to be with you.  All those arguments, the shouting, the hair-pulling, the throwing things across the room.

Sure, you’re a lot less volatile than you used to be. And you don’t do the tearful breakdown thing any more. Yes, I know I can do almost anything with you that I can with OS/X, but everything just takes longer. OK, you want me to be honest? Fine. I find you excruciatingly frustrating to be with.  Why is it always ME navigating around YOUR moods? I mean, why is it that after 25 years, everything with you is STILL a workaround?

If you were a car, I’d have to know how to pop your hood every time I want to drive you. It’s not just hard, it’s tedious. For example, to run a Python script outside an IDE to test a program on the command line, I need to make sure WinPython has all the packages installed that I want to run. If it doesn’t, by the time I’ve checked Stack Overflow to find out how to do it, then found which Python scripts folder Windows has installed Pip 3.4 into (there are at least two), then modified my path to include the correct scripts folder, then run the Pip 3.4 python package installer to fetch and install the package I originally wanted to import into my program, I’ve forgotten what I was doing.

OK, that was awkward. Now, let’s talk about IDEs.  I’ve  started using PyCharm Community Edition, though I’m keeping one toe in the water with Spyder, because of its awesome Numpy array visualisation stuff. I’ll be evaluating the full version of PyCharm soon, where all the Numpy smarts are.

So for the moment I’ll be using PyCharm CE (which includes Git &  virtual environments) on my desktop Mac.

All I have to do now is turn my Windows laptop into a Linux box.